Raybro Electric Supplies, Inc. has a long history dating back to 1905 when Mr. Troy A. Brown, Sr. (a native Floridian born in Dade City) started as a shop boy for the Pierce Brothers Electric Co., later becoming an electrician’s helper and then a journeyman electrician. When the Pierce Company entered the wholesale electrical supply business in 1915, the name was changed to Pierce Electric Company. Mr. Brown remained with the company through the purchase by Westinghouse in 1926, and resigned as the General Sales Manager in 1927.

In September of 1927 Mr. Troy A. Brown, Sr. and Mr. Lee Rayley (who operated a small lighting fixture house) joined forces to organize a complete electrical supply wholesaler company. Taking the “RAY” from Mr. Rayley and the “BRO” from Mr. Brown, Raybro Electric Supplies, Inc. was born. The company started operations in just one-third of a small building on Twiggs Street in Tampa, FL with four employees. Eventually the company grew to take over the entire building. 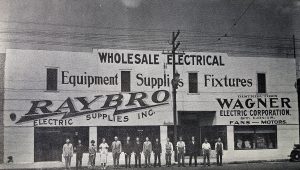 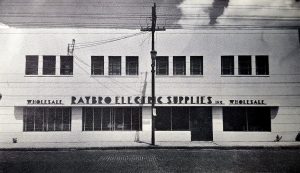 Mr. Brown became Vice-President and General Manager in 1935; the same year the company, which was already well established in the Tampa area, started its expansion program beginning with an office and warehouse in Jacksonville. In 1939 the Miami branch was opened, followed by the St. Petersburg branch in 1940. At this time, Mr. Brown was elected President of the company. In 1950 the Orlando branch was opened, and by 1954 the headquarters in Tampa needed to move to the building on Ellamae Ave – which occupied a full city block. The next few years were full of growth. 1957 saw the opening of the Lakeland branch; in 1958, the Ft. Myers branch was opened; and in 1959, the Clearwater branch opened its doors on Court St. In 1973 plans were in consideration to move to a new and larger building in Clearwater. Troy A. Brown, Jr. became President of the company in 1974, and under his leadership the Clearwater location had begun work on a new building in 1975. By 1977, the new Raybro Clearwater location on Calumet Street was up and running, serving the needs of the electrical contractors and electricians in the area.

Founded in 1957 as The Electric Company of San Francisco, Consolidated Electrical Distributors, Inc. became synonymous with excellence and a commitment to quality. Customer service was given the highest priority, and the company was based on the principles of teamwork and doing the right things right the first time.

Since that time, the privately-owned company continued to grow and expand through new locations, mergers, and acquisitions. Often, acquired locations kept the local name that was strong in the market already. By 1989 a competitive management training program was put into place to turn talented young leaders into the managers of their own locations.

In October of 1991 Raybro Electric Supplies, Inc. had also joined the CED family, and the Raybro Clearwater branch became a CED / Raybro location. The CED management philosophy allowed each manager to operate an independent business or “Profit Center” remaining sensitive to local customers’ needs while still deriving the advantages of a national distributor. CED / Raybro of Clearwater soon became a premiere distributor of Square D gear responsible for expanding national accounts such as Eckerd, Chik-Fil-A, Hardee’s, Applebee’s, and Burger King. Coordinating gear and lighting packages for jobs across the county, CED / Raybro of Clearwater fully embraced the principles of “service, integrity, and reliability.” The location continued to grow with the times and technology and partner with local vendors, sister CED locations, and valued customers.

Where We Are Today: Since its inception, CED has focused on meeting customers’ electrical requirements, knowing that customers are the reason for its existence. CED is currently an industry-leading consolidator of electrical distributors, with roughly 600 electrical supply and distribution locations in more than 47 states. Although we have reached the status of being one of the nation’s largest electrical distributors we have never veered from our steadfast philosophy, which is making sure our customers receive the personal attention they deserve.

CED Clearwater / Largo continues to combine an awareness of the local community’s needs with the support of CED’s nationwide resources, assuring customers of a consistently high level of service. Our commitment to service is best illustrated in our philosophy of ensuring local inventory of products to meet its customers’ requirements. With this in mind, in January of 2016 CED Clearwater / Largo moved to the new building on Starkey Road in order to better serve both our Clearwater and Largo customers.

With this move we are eager to continue growing as a leader in electrical distribution. We remain dedicated to giving the best service to our customers and to standing behind our products. Whether it involves delivery, project management, construction, energy efficiency, lighting or overall expertise, our reputation depends on our being true to our word. 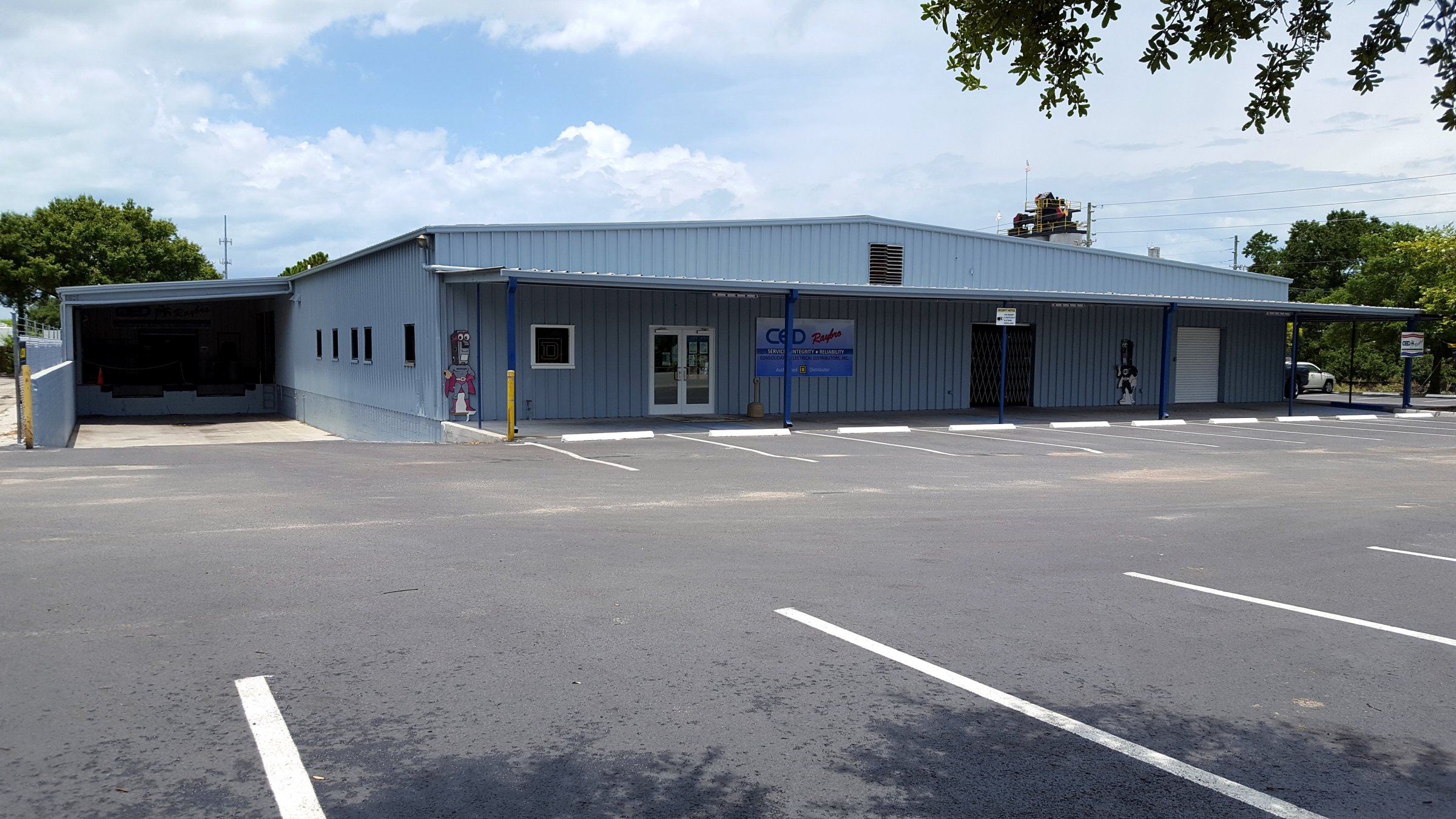